SYRACUSE, N.Y. (NCC News) — As of Wednesday morning, of the nearly 2,000 “Beat Duke” T-shirts on sale at the Syracuse University bookstore, only 35 were left.

That’s because leading up to Saturday — when No. 1 Duke downed Syracuse, 79-69, sans Zion Williamson — the bookstore had one of it’s better sales weeks in recent memory, according to director Roger Hailstork.

The T-shirts, produced by local screen printing company HolyShirt!, were a bookstore exclusive, Hailstork said. Only the bookstore and Carrier Dome merchandise shops had the shirts for sale. They couldn’t even be ordered online.

“It was a really successful promotion for us,” Hailstork said. “And we had the exclusive right to that specific shirt. So we were the only ones that were selling it.”

Hailstork said that in addition to a large portion of students buying shirts, Syracuse locals were drawn to the bookstore, located in Schine Student Center, more than usual. Hype surrounding the game was only bolstered when the Orange handled Louisville on Feb. 20, four days before the Saturday showdown with Duke.

“Especially after the Louisville game, it was huge because SU played so well in that game that I think everyone kind of felt like, ‘Hey, maybe it’s possible that we’re going to beat Duke.’ So, that week was great,” Hailstork said.

SU, of course, could not overcome the Blue Devils. The shirts still haven’t made their way to clearance, the land of Sweet 16 apparel, but Hailstork said they’ll end up there next week.

But, Hailstork is confident the shirts will sell, because everyone seemingly wants to “BEAT DUKE,” as the shirt would tell us. 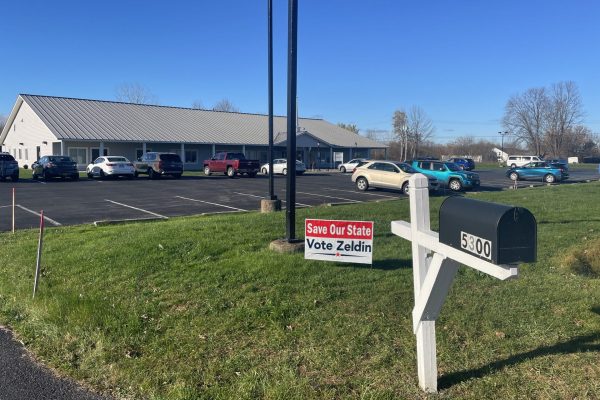