JULIAN BARON: FROM THE SUBURBAN STREETS OF SOLVAY TO THE RURAL HILLS OF LAFAYETTE AND THE ONONDAGA NATION: ROADS CHECKERED WITH CAMPAIGN SIGNS. IT’S ELECTION SEASON IN CENTRAL NEW YORK. BUT ARE THE PEOPLE LIVING ON THESE LOCAL ROADS THE ONES VOTING FOR THEIR LEADERS? IN MOST CASES, YES. BUT IN SOME CASES, NO. THANKS TO ONONDAGA COUNTY’S 32-THOUSAND COLLEGE STUDENTS. ACCORDING TO A STUDY BY SOCIAL SCIENCES WEEKLY, 32-PERCENT OF STUDENTS WHO CAN’T VOTE IN BATTLEGROUND STATES CHOOSE TO VOTE IN THE STATE WHERE THEY GO TO SCHOOL. ONE OF THOSE STUDENTS IS EVAN ANANDAPPA.

EVAN ANANDAPPA: I decided to vote in Onondaga County because I plan on living in New York after college, so I figured I might as well get registered in the state of New York.

JULIAN BARON: EVAN IS A STUDENT AT SYRACUSE UNIVERSITY, AND A NATIVE OF FAIRFIELD COUNTY CONNECTICUT, WHO NOW VOTES IN THE EMPIRE STATE. THANKS IN PART TO THE COMPETITIVE RACES HERE IN ONONDAGA COUNTY.

EVAN ANANDAPPA: I personally feel that my vote matters less there, whereas Onondaga County at least for Congress is much more of a swing seat.

JULIAN BARON: AND IN A RAZOR-THIN CONGRESSIONAL RACE BETWEEN DANA BALTER AND JOHN KATKO, STUDENTS LIKE EVAN MAY JUST MAKE A DIFFERENCE.

SYRACUSE, N.Y. (NCC NEWS) – With election day less than a month away, college students registered to vote in Onondaga County are helping usher in a new term of Central New York leaders.

Roughly 32,000 students attend colleges and universities in Onondaga County. According to a report published in Social Sciences Weekly, about 32% of college students who cannot vote in battleground states opt to vote in the state where they go to school.

Evan Anandappa is a prime example of that phenomenon. A lifelong Connecticut resident, Anandappa is currently a senior at Syracuse University registered to vote in Onondaga County. He plans to live in the Albany area after graduation.

“I personally feel that my vote matters less [in Connecticut], whereas Onondaga County at least for Congress is much more of a swing seat,” Anandappa told NCC News.

If he were registered to vote in Connecticut, Anandappa would have voted in the state’s 4th congressional district race, where incumbent Democrat Jim Himes is seeking a seventh consecutive term in a Democratic stronghold.

As an Onondaga County voter, Anandappa cast a vote in the hotly-contested race for New York’s 24th congressional district, where Democratic challenger Dana Balter leads incumbent Republican John Katko by only two points, according to a Siena College poll.

Though only a Central New York transplant, Anandappa believes the issues he votes on are in-line with the most pressing problems in the region.

“Mainly, in Central New York, and a huge problem in all of Upstate New York, is jobs, and high paying jobs, and quality jobs. So really, I’m voting for the person that can provide [for] the area on a federal level, and set the area up for good, solid jobs,” Anandappa said.

Student participation in local elections is a point of emphasis for the New York state government, which requires public universities to provide voter registration applications to students once annually and twice in presidential election years. 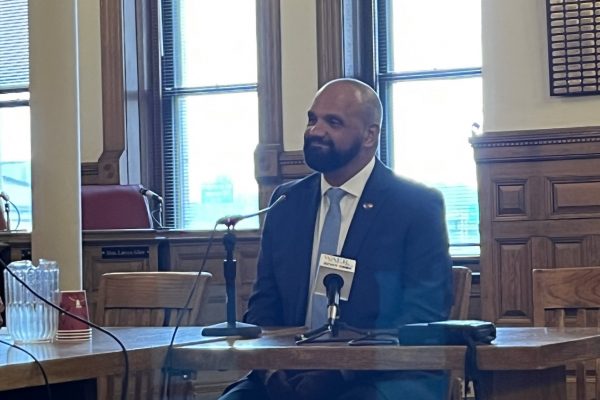 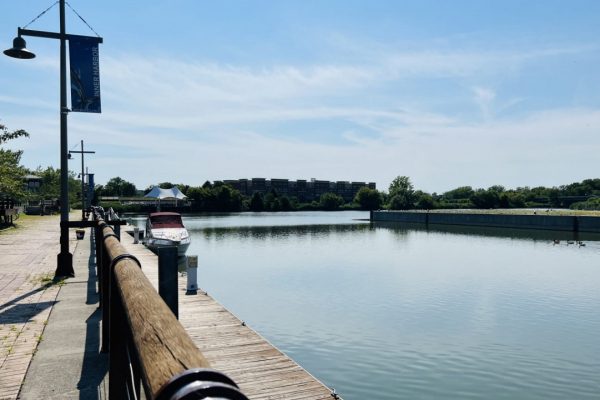