Event planners in Miami are throwing micro-weddings, of 50 people or less, to allow couples to say, “I do,” while still abiding by CDC regulations.

Miami’s party scene was one of many aspects of life that was affected by COVID-19. The city was ranked as the eighth best party city in the world by Thrillest. So without over-the-top events, Miami didn’t seem like itself.

Being non-essential businesses meant venues, rental companies and design studios were some of the last to reopen.

“As soon as we knew we were going to be in quarantine, it was a shock. Everybody thought that it was going to be a temporary thing. So, we figured in a couple of weeks, we’d go through quarantine and we should be back at work,” Raspall said. “We didn’t know the depth of the virus.”

After two years of working with the company, she was furloughed.

“Not having a job and having to apply for unemployment was tough, because that was something that I’d never done in my life,” she said. “That process was crazy because it was delayed. So, I didn’t start getting my unemployment until late May, and this happened the beginning of March.”

After months of waiting to come back to work, events were finally allowed to happen albeit at a limited capacity.

Most event companies in Miami hadn’t dealt with smaller scale events, but Tennessee event specialist Gipsy Williams was well versed in the craft.

Williams relocated to Miami to help a catering company and event venue market micro-weddings. Couples who once wanted weddings with hundreds of attendees were settling for something smaller.

“They want to get married,” Williams said. “I have one [couple] in December. They’ve been engaged eight years. I had one in September. They were engaged for seven years. They decided, ‘Let’s just do it. We want to be married.’”

After a summer without events, micro-weddings are putting the industry back in business.

“We’re booked. From here even to 2022. We have so many bookings already because folks are wanting to get married,” Williams said. “They’re like, ‘This is not going to stop us.’”

The first micro-wedding Williams worked on was on June 6. It had 11 people. Since then, that number has gone up depending on the reopening phase Miami is in.

Some weddings have up to 125 people, and some are only with four. But one way couples are getting their loved ones in on the fun is through video chat.

“They’re Zooming, and the bride and groom are like waving, and they’re talking,” Williams said. “It’s like you’re having those folks that were going to be able to fly in that can’t now because of the situation. So, they get to be part of it and it’s beautiful. It really is.” 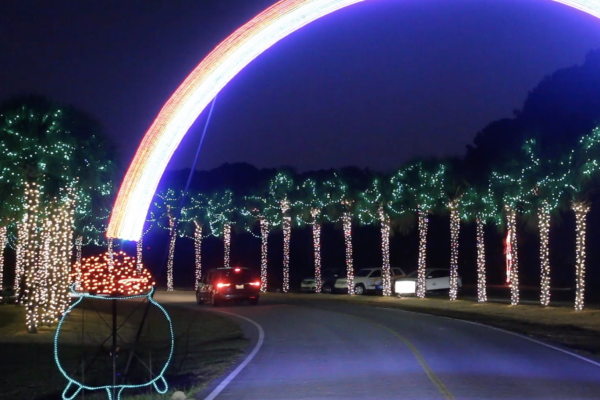