THIS WEEK, TWO MAJOR CHANGES WENT INTO EFFECT FOR WORKPLACES ACROSS THE STATE… BOTH OF WHICH HELP WOMEN WORKERS.

(” This type of training really helps people to understand that what they’re going through isn’t ok.”)

{B-ROLL OF WEBSITE} VERY BUSINESS THAT EMPLOYS PEOPLE IN NEW YORK
— REGARDLESS OF SIZE– HAS TO COMPLY WITH THIS TRAINING FROM NOW ON.

SYRACUSE UNIVERSITY IS THE SECOND-LARGEST EMPLOYER IN CENTRAL NEW YORK… AND WHILE PERCOSKI SAYS IT’S MET ITS STANDARDS FOR TRAINING… OTHER FACULTY THINK IT’S FALLING SHORT ON A DIFFERENT LABOR ISSUE… EQUAL PAY.

(“When the University’s faculty salary report came out and they discovered that there were was more widespread gender disparities, that’s when a lot of us realized our individual circumstances might be part of a bigger pattern.”)

(“Well I certainly support legislators at the federal level and state level trying to tackle these kinds state issues. It is only one part.”)

(Track 5)
BUT AS OF LAST TUESDAY, EMPLOYERS IN NEW YORK CAN NO LONGER PAY WOMEN LESS THAN THEIR MALE COUNTERPARTS FOR DOING SUBSTANTIALLY SIMILAR WORK.
EMPLOYERS WHO FAIL TO COMPLY WITH THE LAW WILL FACE A $500 PENALTY FOR EACH VIOLATION.

(Standup)
SO WHETHER IT BE IN AN OFFICE *SNAP*… OR A CLASSROOM *SNAP*… OR ANY PLACE WHERE WOMEN JUST WORK… NEW YORK IS COMMITTED TO CLOSING THE WAGE GAP ONCE AND FOR ALL. LIEUTENANT GOVERNOR KATHY HOCHUL SAYS NEW YORK HAS AMONG THE LOWEST PAY INEQUITY IN THE COUNTRY… AND THE STATE POLITICIANS WON’T REST UNTIL EVERY WOMAN RECEIVES EQUAL PAY FOR EQUAL WORK. I’M CAMERON TIRADO, N-C-C NEWS

By Cameron Tirado SYRACUSE, N.Y. (NCC News) — When you walk into Maxwell Professor Audie Klotz’s office, the first thing you’ll notice is an article on the door from the Daily Orange.   It tells the story of a report from 2017 about how women and men faculty across Syracuse University are paid different amounts of money for doing the same type of work. Even though it’s been two years, Klotz says the newspaper clipping won’t come down until salaries are equal.

“I started to meet other senior women faculty, and hear some of their experiences,” Klotz says. ” so that was kind of eye-opening to discover all of the different ways in which women ended up at the same endpoint even though our trajectories to how we got there were quite unique and distinctive.”

This past week, Governor Andrew Cuomo’s new legislation about pay equity went into effect.  Every workplace in the state now has to pay employees the same rate for performing similar work. For those who don’t comply, the government will enforce a civil penalty of $500 per instance.

Klotz is appreciative of the state’s efforts to address this discrimination, but she doesn’t think it’s enough. She believes every employee’s income should be public knowledge. Her argument is that if there is no transparency in the numbers, there is no way for people to identify that a problem exists.

Klotz came to SU in August of 2003. She mostly teaches international relations in the political science department.  She says she wasn’t surprised to find out faculty were getting paid differently, but she’s grateful so many women came forward to share their experiences.

Another new law is now in effect for workplaces across New York in response to women coming forward with their mistreatment stories — mandatory sexual harassment training. Following Harvey Weinstein’s accusations and the emerging #MeToo Movement, the city and the state are making it easier for women to express concerns and employees to understand appropriate behavior.

Learn more about your rights with this #TIMESUP toolkit on new protections under the #NYSafetyAgenda: https://t.co/0IP7iOz3V4 pic.twitter.com/jURivO7YSd 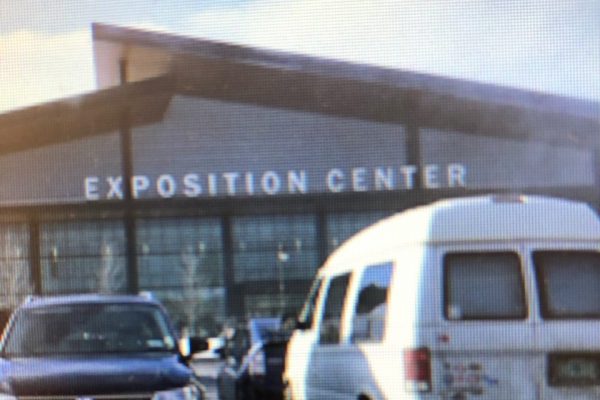