SYRACUSE, N.Y. (NCC News) — Artist Eugene Stetz has been traveling since he was born.

“I was never really home much, didn’t enjoy being home,” Stetz said. “I get very uncomfortable when I’m in some place longer than two weeks.”

Wherever Stetz went, he always made sure he brought the one thing that, as a kid, helped him communicate well with others: his marker.

Born with a speech impediment, Stetz would draw on bus benches, windows, napkins and paper plates. He would keep himself from wandering away by drawing on whatever was near him.

Years later, Stetz is drawing a mural on a building in Syracuse’s West Side for Believe in Syracuse, a non-profit organization that wants the mural to spread the message that the organization has faith in Syracuse and its people. Stetz has incorporated Syracuse elements into the mural, which will be finished on Saturday. 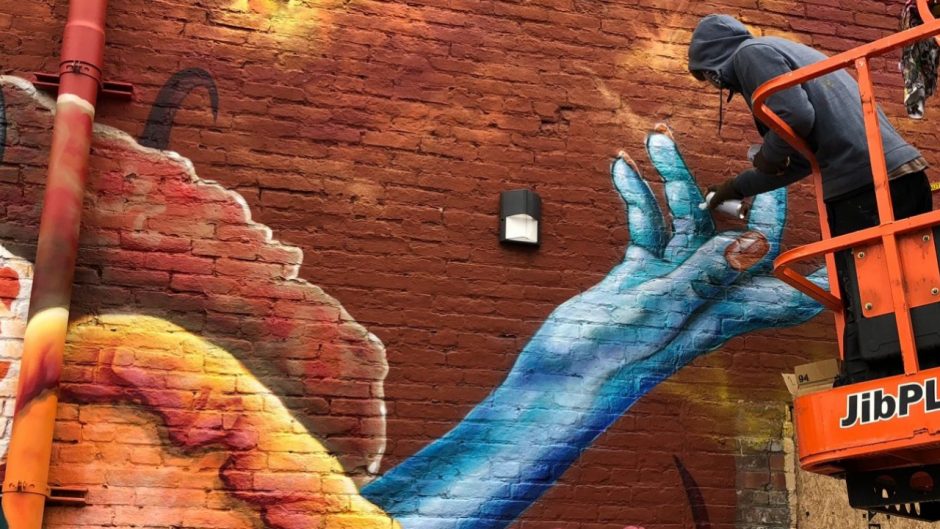 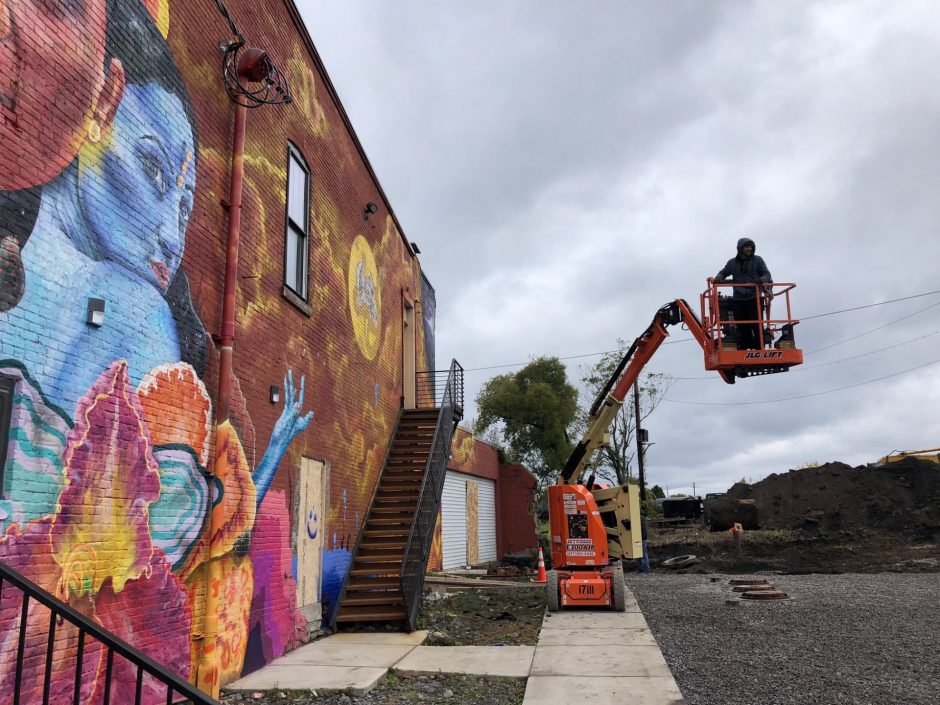 Believe in Syracuse Arts Committee chose Stetz over 44 other artists to paint the mural. The High Falls native knew that people would likely be upset that the artist selected wasn’t from Syracuse. So Stetz said he wanted to make sure the mural connected with the city.

Stetz included faces of Nasrene Shehadeh, a Syracuse native, on the mural to represent the city’s strength. Stetz also added a sunset that is based on a photograph he took in the area. Additionally, the flowers on the mural are native to Syracuse, he said.

Only time will tell where Stetz is headed next.

I’m on the West Side of Syracuse watching Eugene Stetz finish painting a mural for Believe in Syracuse, a non-profit organization in the city. #B3643 pic.twitter.com/rHVASniqO4