CHARLIE FELLOWS, NCC NEWS ANCHOR: “And happening now, ballots for the New York 50th district state senate race are being recounted by hand. NCC News’s John Perik joins us live from the Onondaga County Board of Elections. John, how long will this process take?”

JOHN PERIK, NCC NEWS REPORTER: “Here at the recount, Onondaga County Board of Elections Commissioner Dustin Czarny says the process of officially deciding a winner is only beginning.”

DUSTIN CZARNY, ONONDAGA COUNTY BOARD OF ELECTIONS COMMISSIONER: “This will go on for quite some time maybe three weeks, it’s 90,000 ballots that we have to look at each and everyone and make a determination in the senate race on how it counts.”

PERIK: “Czarny says this recount is good for democracy.”

CZARNY: “I think in a race this close its deserving to know who actually won the race and remove any doubt from who the voters chose.”

PERIK: “Czarny says as of last night, only 55 votes separated Incumbent John Mannion from Republican Rebecca Shiroff. And with the recount process already underway, Czarny emphasized the importance of bipartisanship.”

PERIK: “And even after an official count is recorded ballot objections can still be brought to court. Live at the Onondaga County Board Elections, John Perik, NCC News.”

Incumbent state Sen. John Mannion holds a 55 vote lead over Republican challenger Rebecca Shiroff, according to the Onondaga County Board of Elections.

The slim margin in results has automatically enforced a recount. New York law mandates that a hand recount occurs in any race decided by less than 0.5 percent of the vote. 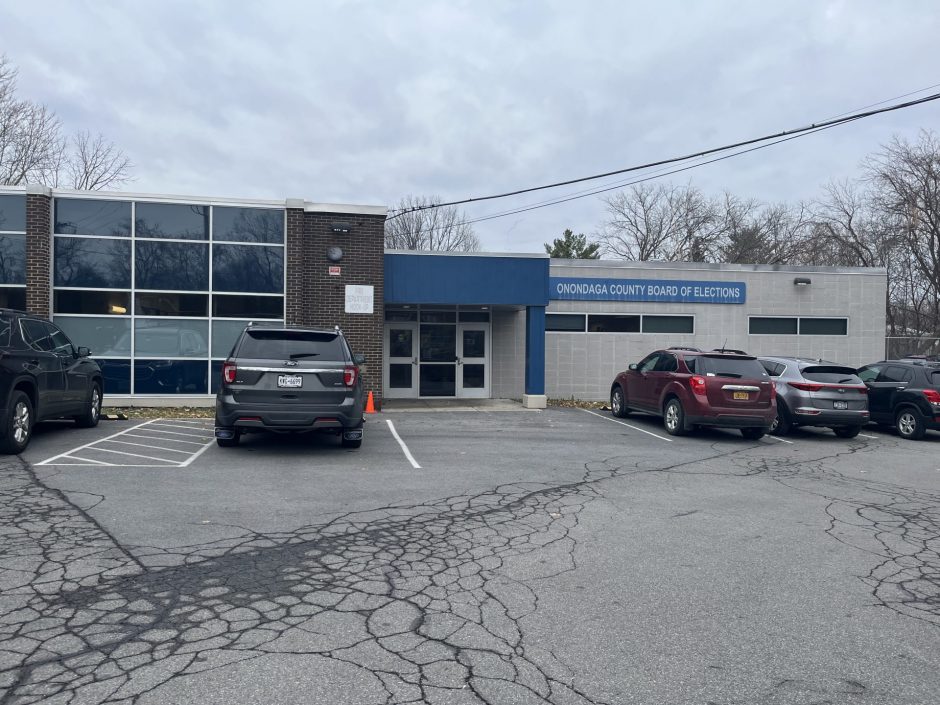 Dustin Czarny, an Onondaga County Board of Elections Commissioner, said over the next few weeks, election officials will hand count 90,000 ballots using only ten tables.

“This is just the beginning of a very long marathon here,” Czarny said. “It’s a long tedious extra-inning but we’re going to show why the hand count is necessary.”

The recount will show the importance of bipartisanship within a democracy, Czarny added.

“I think in a race this close its deserving to know who actually won the race and remove any doubt from who the voters chose,” said Czarny. “Everything is bipartisan, teams are working together.”

After the recount concludes the decision may still be undecided. Both parties will be able to bring any objections with the ballots to court and make their case in front of the judge.