SPENCER PIERCE: Syphilis cases have been on the rise throughout the country for the last 20 years, according to the CDC. But with the COVID-19 pandemic, it has been overshadowed. Onondaga County Health Department Medical Director Quoc Nguyen says COVID-19 has stolen the spotlight from syphilis and other similar diseases.
QUOC NGUYEN: I think it’s practically one of the main reasons why a few illnesses have not had enough attention and effort.
PIERCE: Symptoms of syphilis can be similar to more common illnesses, says Nguyen.
NGUYEN: It’s one of those diseases where sometimes it’s hard to find the symptoms, and actually it can make several other illnesses.
PIERCE: The Onondaga County STD center is offering a syphilis clinic tomorrow from 9 a.m. to 3 p.m. Spencer Pierce, NCC News.

SYRACUSE, N.Y. (NCC News) – With a sudden spike in syphilis cases in Onondaga County, experts are urging people to get tested if they are at risk for the disease.

Syphilis is a bacterial infection spread through sexual contact. Cases of the sexually transmitted disease have been on the rise for the last twenty years, according to data released by the Centers for Disease Control and Prevention . According to the CDC, there were 130,000 cases of the disease in 2019. In Syracuse, there were 28 cases through April, which equaled the total number of cases Onondaga County saw in 2020.

Though syphilis is a well known STD, it has been overshadowed by the COVID-19 pandemic along with other types of STDs. According to Onondaga County Health Department Medical Director Quoc Nguyen, COVID-19 has stolen the attention from syphilis.

“I think it’s practically one of the main reasons why a few illnesses have not had enough attention and effort,” Nguyen said.

Syphilis is a disease that can spread through intercourse, just like any other STD, and Nguyen said that the most frequent cases involve male intercourse with other males. Among other popular groups of people testing positive for syphilis are people with many partners, people who were recently incarcerated and sex workers.

Nguyen said symptoms of syphilis are similar to other common diseases and illnesses, so many people don’t get tested because they don’t think that the symptoms could relate to anything else.

“It’s one of those diseases where sometimes it’s hard to find the symptoms,” Nguyen said.

Despite the symptoms seeming natural, Nguyen explained that there are levels of syphilis that people affected should keep an eye on.

“After the first phase, it can invade different parts of our bodies and create heart problems and other organ system problems,” Nguyen said. “Eventually, you can lose feelings of your feet and you don’t have a sense of the feedback when you walk around.”

Syphilis is a disease that can be treated, but for certain groups of people, such as pregnant women, early treatment is advised.

“We worry that it can be transmitted from the mother to the children,” Nguyen said. “We want to make sure that we detect syphilis in females of child bearing age because the consequence to the newborn child may be very severe.”

The Onondaga County Health Department’s STD Center is offering syphilis testing on April 15, April 29 and May 6. 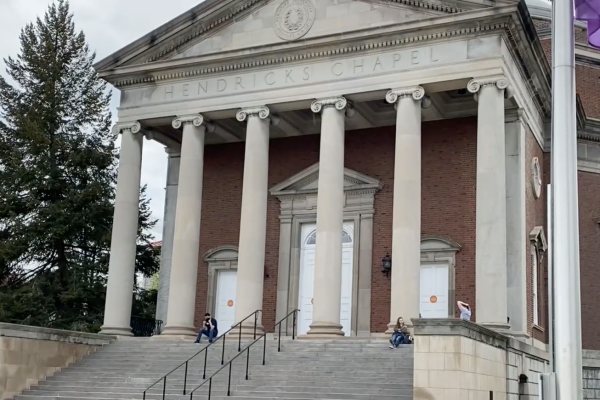