As the number of hate crimes increases in the United States, religious institutions are taking steps to increase security further. In the aftermath of the shooting at the Tree of Life synagogue in Pittsburgh on October 27—the deadliest attack specifically targeting Jews on American soil in history—people at religious institutions are functioning on high alert and are taking precautions.

The Jewish Community Center in Syracuse is one such location. Along with having visitors sign in at a receptionist desk and wear visitors passes around their necks so they are easily identifiable, the JCC has card swipes, bullet proof glass, buzzers and over 33 cameras.

Marci Erlebacher, the executive director of the JCC, said the video surveillance is so good that law enforcement asks the center for their video footage when any incident occurs in the surrounding area, even if it did not occur on the JCC property.

Even still, the JCC has received a $50,000 grant to harden security even further, Erlebacher said. She says the JCC plans to enhance outside lighting and increase the total facility camera count to more than 60.

These are preventative measures to keep people thinking about committing acts of violence away, Erlebacher said.

“You want to make it not worth their trouble to come into your building,” Erlebacher said.

Following the shooting in Pittsburgh, President Trump suggested that the violence could have been prevented by hiring a security guard. When asked about the feasibility of having a security guard at the JCC or other religious institutions, Erlebacher said she had been considering the idea and determined it would not be possible. She said it would cost the JCC $250,000 to have a security guard at the building, a massive cost in general and especially for nonprofit organizations, which most religious institutions are.

While the shooting in Pittsburgh in October occurred more than 250 miles away, the Syracuse JCC is familiar with threats of violence close to home. Over the past two years, the JCC has faced bomb threats against its building and community.

“When you hear about acts of violence about people in your community that happened far away, you can sympathize and empathize with them. It’s things like these that occur right on your doorstep that take it to another level,” Erlebacher said.

These threats forced people in the building to evacuate to their “safe place,” Erlebacher said. This includes senior citizens and more than 150 children, 24 of which are babies.

“The first thing that hits me is ‘How could you do this?’” Erlebacher said. “Why would you do something so heinous? … Why are you threatening children?”

When it comes to violence targeted at members of a specific religion, Erlebacher said to remember that people of all nationalities and skin colors and religions are welcome at the JCC and that only one-third of the people who come to the center are Jewish.

An FBI report released on November 13 says that the number of hate crimes in the United States increased 17 percent in 2017. Approximately 1,000 more organizations contributed information to this finding than did the year prior.

Seeing these acts of violence occur and knowing that there has been nearly one mass shooting per day in the US this year, Erlebacher said it is becoming natural to act with suspicion and to react quickly to anything that seems out of the ordinary.

“You always have to look out the window,” a staff member in the administrative offices, which have floor-to-ceiling windows facing out toward the front entrance of the building, said.

Just a few weeks ago on October 31, someone at the JCC was looking outside and thought something was suspicious. The person—whom Erlebacher would not identify in any way, citing security and privacy reasons—saw a person standing outside and “pacing back and forth,” Erlebacher said.

“A car pulled up in front of them, and they put this brown case into the trunk of the car,” said Erlebacher.

The person who noticed this texted 9-1-1, and police arrived within two minutes, Erlebacher said.

“It took us a couple hours to put all the pieces together,” Erlebacher said. “It ended up not being anything, but we treated it very seriously.”

It turns out that the person who was standing outside was our own NCC News Reporter Josh Horwitz. The brown box he had with him was his camera case. Horwitz had just finished an interview for a story he was doing about the vigil that was held in Syracuse for victims of the shooting in Pittsburgh.

“It was an Uber picking the young man up who had just done an interview with [Jewish Federation of Central New York President] Michael Balanoff from the Federation,” Erlebacher said with wide eyes and a small smile. “And that’s what was called in to the state police.”

Horwitz was not part of any interactions with police.

“I had just put my stuff in the car and then I was gone,” he said.

“He was a nice kid, and I knew him because I had just met him outside and said ‘okay this is what you can take pictures of.’ He was absolutely delightful,” Erlebacher said. “[When hearing someone had texted 9-1-1] at first I said to myself ‘What? Are you serious?’ But you can’t have it both ways. You can’t say be alert to a society, be very alert, be very sensitive, and then when they call in all these things, it may be nothing, but it could have been something.”

And while telling people to be cautious, it is also important to assure a community of its safety. The JCC is in constant contact with local law enforcement, Erlebacher said.

But Syracuse University Hillel Interim Director and Rabbi Leah Fein said having law enforcement around can also cause worry.

Just the other day, a Department of Public Safety officer was walking around the building on a routine visit, and people started to ask if everything was okay, Fein said.

“Just assuring students that if the DPS officer is in the building, you see that person walking around, nobody’s walked into this room to alert us of anything, everything is fine,” Fein said.

Building trust and community are important in making people feel safe and comfortable when coming to the place of worship, Fein said. She said this stems from communication with law enforcement as well as with other members of the community itself.

For additional protection as well, Syracuse University Hillel added a doorbell at its main entrance for people to ring if they do not have card access to the building. The door is frequently locked.

Yet, Erlebacher says that even while protecting themselves and taking as many precautions as possible, people should not live in fear.

“You can’t live in a fortress. You can’t walk around encased in Kevlar. That’s not realistic,” she said. “We have to go out and we have to live our life.” 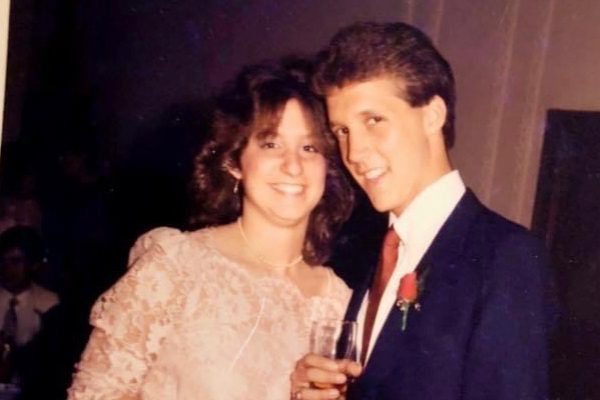