(OLIVIA MANISCALCO)
Topping the news at this hour, Tonight the community has one last chance to voice their opinion on the redistricting controversy concerning the redrawing of the Onondaga County maps. Peyton Spellacy is with us live at the legislature chamber at the County Courthouse where the public hearing will be held tonight at 6pm. Peyton, will there be a big turn out?

(PEYTON SPELLACY)
Olivia, right now it’s unknown if there will be a big turn out. There have been five hearings in the past but the difference is, is that for this hearing, people have had time to contextualize and understand what the redistricting process really is and now people are getting more excited to speak about it so they are expecting some more people to come tonight to the chamber. I with legislator Mary Kuhn earlier today and she is hoping that with a bigger turnout, there will be some changes after tonight.

(SPELLACY)
So on November 12th which is this friday, legislator will be voting on a local law that will allow- uh that will approve the current map and Kuhn is not in favor of the current maps because Camillus and uh Nedro, those two counties or those two towns, are being currently divided. So, the public has expressed disappointment, in this — in the past public hearing and she hoping to hear more of that expressed tonight and address this issue at the hearing

(KUHN)
I think if they hear enough, I would hope legislators would say maybe we need to go back to the drawing board.

(SPELLACY)
One of the biggest concerns tonight is the amount of people that will be allowed in the chamber, there only about a capacity of about a hundred and she’s expecting there to be about a hundred. If you are worried that you are coming, and that there won’t be a space for you, don’t worry because there is space available in the halls and everyone’s voice that wants to be heard tonight will be heard and you will have an opportunity to speak. If you plan on coming, make sure you get here early, because the parking here in Downtown Syracuse is pretty compact and there’s a lot of construction going on. But get here early, get your spot, so your voice can be heard. Again the hearing is tonight is at 6pm sop come down and that’s all I have for you. Olivia, back to you.

Editor’s note: Since this story was published, the Onondaga  County legislators approved the maps, 9-8.

SYRACUSE, N.Y. (NCC News) — The Onondaga County redistricting process, which happens every decade, is usually one that happens over a span of three months. However, this time drawing the new boundaries for the legislative districts  might  be a three-week process.

Over the past few weeks, the redistricting commission has had five public hearings, with little to no turnout — the most having around 15 people attend, according to  Legislator Mary Kuhn, D-DeWitt.

Wednesday’s public hearing had a substantial turnout, filling the majority of the  benches in the chamber. Many members of Onondaga County came prepared with written accounts, all of them condemning the Republican-drawn map. Much of their concern revolved around the redrawing of the towns of Manlius, Nedro, and Camillus.

Kuhn voted against having tonight’s public hearing, saying she was making a statement. While she urged members of the community to come down and voice their opinion, she said she  did not  believe the legislators and commissioners were  listening to the public’s concern regarding the maps. According to Kuhn, the Republicans want to take control of the situation and  therefore are disregarding any outside feedback.

“I think it’s an issue of power,” Kuhn said, “And whoever’s in power winds up moving things at their speed in order to retain power.”

While Kuhn isn’t anticipating much will change after the public hearing Wednesday night, she is hoping for some change in the redistricting process.

“If there was a miracle, I would like to see the process extended, ”  Kuhn said. “There was a complete lack of collaboration.”

The  legislature’s chair, David Knapp, R-Lafayette,  thinks the map will stay the same, even after hearing all the discontent from the public. He believes some highlights of the Republican-drawn map were overlooked.

“In general, I think it will stay the same,” Knapp said. “Nobody talked about the fact that we created a New American district in the city of Syracuse.

“There is no incumbent there, so that’s going to be a wonderful opportunity for our New American community on the North Side of Syracuse to have representation down here on the legislature, he added. “That’s one more reason I don’t think that it’s a bad product.” 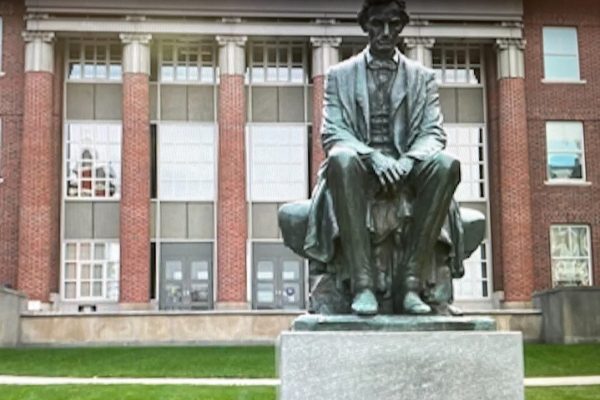