SYRACUSE, N.Y. (NCC News) – The COVID-19 pandemic has affected all parts of the sports world. With professional athletes nationwide undergoing altered seasons, high school athletes are also facing these issues but with unique challenges, especially for sports like swimming and diving where they cannot get access to a pool?

“If you aren’t doing the actual sport itself, it’s very hard to maintain that level of fitness that you need,” said assistant swimming and diving coach Keri Vito.

This year, the Cicero-North Syracuse High School swimming and diving season was pushed back from fall to spring, which they are referring to as fall two.

“The season is short too,” said head swimming and diving coach Brad Ranieri. “We normally go almost 13 weeks – we’re condensed down into about seven weeks.”

Ranieri also mentioned the toll online learning has taken on his athletes.

“A lot of our kids are home all day long, and they sit in front of a screen, so they are not really getting up out of a chair like they would in school, and you know muscles atrophy if you are just not even using them for basic movements,” Ranieri said.

While the swimmers and divers haven’t competed in over 18 months, they have found new ways to keep up with their sport over quarantine.

“I was lucky enough to go to Skaneateles YMCA to get a couple of practices in before the season, just to get the kinks out a little bit,” said sophomore diver Kaitlyn Carroll.

She also mentioned that even though she was able to get those practices in, no coaches were allowed in the facility with her, so she lost out on corrections and advice from her coach that she typically would receive during practice.

However, Carroll is also a full time gymnast, so while she didn’t always have access to a pool, she was able to use her gymnastics skills and translate them to diving.

“You know, it’s very mental when it comes to diving and so is swimming, but I think being able to be at gymnastics and go through those mental blocks has been really good and helpful,” Carroll said.

While they will only compete within their conference this season, meaning no sectional or state meets, the team is not deterred from setting goals.

“I think we just have a general team goal of just dropping time, but it’s definitely not going to compare to last year’s times,” said senior diver Alayna Harbaugh.

Even though this season is so short, the seniors are still finding ways to cherish their last moments in the pool.

“I have been this year doing a little bit different events,” said senior and co-captain Jenna Lenweaver. “This weekend, I’m doing butterfly and relay, which I’ve never done before, so that’s a lot of fun too just getting to do things I never got to do before.”

Some things COVID-19 couldn’t take away were the friendships made on the swimming and diving team. Lenweaver said that for her, this season is about enjoying time with friends and making the most of her last year with the team.

The NorthStar’s will face off against Liverpool on Saturday, March 27.  The meet is set to begin at noon. 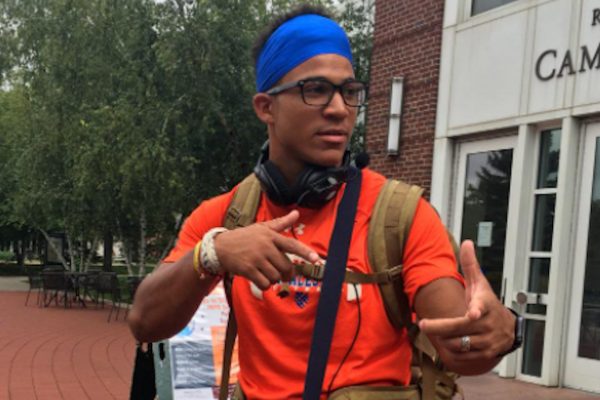