SYRACUSE, N.Y. (NCC News) — After a two-year hiatus, the annual RV and camping show is back at the New York State fairgrounds, starting Friday, September 23rd and running through Sunday, September 25th.Campers and vendors were excited to have the show be back in person. 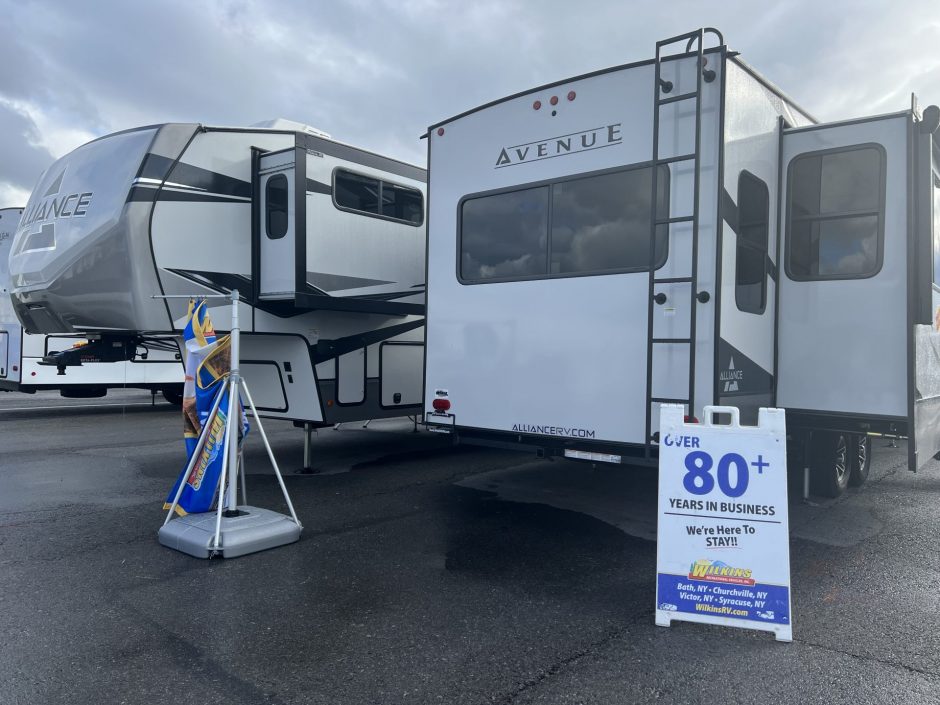 The show draws people from all different regions, such as western New York, Canada, and Pennsylvania. They have nine vendors and hundreds of RV models to showcase at the show.

The event has been more than a show but a place where families and children come to spend quality time with each other.

Andrew Oliver is the manager at Oliver’s Campers Incorporated in Norwich, New York. His family has been in the business since 1966, and he said his grandmother started their business in her backyard.

“It is good to be back since the last biggest show was in March of 2020, ” Oliver said. “We were the last big event in NYS to have a show before they shut down for the COVID-19 pandemic”

At first, vendors didn’t know what to expect after being shut down, but they were in for a surprise. The RV industry sales increased because there was a higher demand for RVs in 2020 and 2021.

“We realized that Americans decided they were going to rent out RVs for fun, so the summer of 2020 was a banner year for the RV industry,” Oliver said. The sales flourished during the covid-19 pandemic, and RVs were sold out before they arrived at the dealer’s parking lot.

In a December 2020 survey of RV renters by Thor Industries, 46% said they hadn’t rented RVs before the pandemic. And in a sign of demand to come, three-quarters of the renters who completed the survey said they are considering buying an RV.

Up until four months ago, dealer lots were empty because too many people wanted RVs, but there wasn’t enough for everyone. Oliver said they made more trailers during the covid-19 pandemic than ever before.

“People can take trailers to campgrounds, to the woods, and not be around anyone else. They can get away from everything” Oliver said.

Mark Schwartz, the show assistant program director, said he hopes to see alot of people come through the door, and he is excited to be back.

“The best part of the job is interacting with the people who come to the show and having a good time with them,” said Schwartz.

Many of the prices have been reduced for the weekend and you can find both new and pre-owned units at the NYS fairgrounds .