JOHN WOOD: WE HAVE TEAM COVERAGE OF TONIGHT’S HEARINGS. JANELLE POTTINGER JOINS US LATER TO EXPLAIN ONE NEWS STATION’S DECISION TO NOT AIR THE HEARING.

MILES HOOD: BUT WE BEGIN TODAY WITH ARI HORTON WHO SPOKE WITH A SYRACUSE UNIVERSITY POLITICAL SCIENCE PROFESSOR ON WHAT THESE HEARINGS MEAN.ARI?

ARI HORTON: THE PROFESSOR, GRANT REEHER TOLD ME THAT HE EXPECTS THE HEARINGS TO PROVIDE VISUAL AND NARRATIVE VERSIONS OF WITNESSES TELLING THEIR EXPERIENCES.HE SAYS THAT THERE ARE TWO MAIN PURPOSES OF THE HEARINGS BEGINNING TONIGHT. HE SAYS ONE IS MORE POLITICAL. AND THEN THE OTHER ONE IS MORE CIVIC, AND MORE FOR THE COUNTRY’S INTERESTS. HE SAYS THAT PEOPLE WATCHING THE HEARINGS WILL HAVE THEIR IDEAS REINFORCED.

GRANT REHEER: OUR COUNTRY RIGHT NOW, IS SO POLITICALLY POLARIZED, THAT I THINK MOST PEOPLE HAVE MADE THEIR MINDS UP ABOUT THIS. I DON’T THINK PEOPLE MOST PEOPLE ARE NOT GOING TO BE WATCHING THIS, SAYING I’M TRYING TO FIGURE SOMETHING OUT HERE.

SYRACUSE, N.Y. (NCC News) — The hearings for the Jan. 6 attack on the Capitol begin tonight and will be televised across most major news networks. After a year-long investigation into what happened the House Select Committee will share its findings with Americans.

“There are there are two main purposes going on here. One, one is more political. And then the other one is more civic, and in more for the country’s interests,” Grant Reheer, Syracuse University political science professor said.

Reeher says these hearings are not about understanding the security breakdown or how to keep this from happening again.

“So the focus of these has been more on holding people accountable, and understanding kind of who did what and who we should, for lack of a better word blame for this,” he said.

The testimonies that will be heard will relay to Americans what went on that day.

“To have forcible entry into the United States Capitol when the presidential election is being certified, is disturbing enough in and of itself,” Reeher said.

Comparing these hearings to the Watergate hearings, he says that there’s not much information value to the hearings because people have had over a year to read up on this.

“And most people are just going to watch this with their minds made up. And the question for them, really, I think, and I don’t mean to demean the effort to understand what happened, but for most people, this is going to be entertainment value,” he said.

Reeher says that the Capitol insurrection does speak to the state of the democracy.

“I think the overall story is one of the resilience of American political institutions and not the fragility of them.” 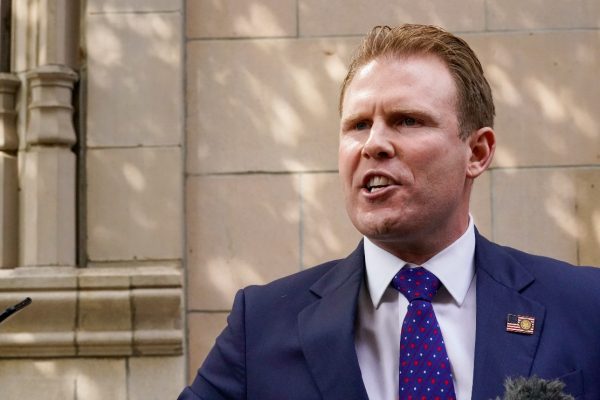