Syracuse University’s Ostrom Avenue is expecting major changes in the following years. Currently, a good portion of the 700-block of Ostrom is home to several campus Resource centers for students as well as faculty and staff. However, as of May 2017, the relocation of these organizations has become an official initiative for the university.

The Campus Framework Plan was released by SU’s administration in the hopes of enhancing and re-developing students’ on- and off-campus experience. Specifically, the initiative plans to create more student living options near campus — Ostrom Avenue being a favorable option for constructing two potential new dorms.

Organizations such as the LGBT Resource Center, Lambda Chi Alpha fraternity, Office of Off-Campus and Commuter Services, the Center for Autism Research in Electrophysiology Lab, and the Daily Orange will all be affected by the changes on Ostrom.

Currently, one out of the five organizations has already relocated to South Campus. The LGBT Resource Center is expected to move into its interim location, Bird Library, by January of 2019. Although these changes have received a moderate amount of controversy from the student body, the university’s Student Association has remained an active liaison between the students and the administration.

“So we are currently trying to talk with the senior administration about the Campus Framework Plan, especially the Ostrom Lot,” said Kyle Rosenblum, Vice President of Student Association. “Because we’re not sure we see the necessity for adding a new living area to Ostrom. So we’re still in the stages of kind of just talking to senior administration.”

Those who have been affected by the Framework Plan thus far have maintained hopeful attitudes in embracing the inevitable changes. The Daily Orange’s lease at 744 Ostrom Avenue ends by June of 2020 and the publication’s Editor-In-Chief, Sam Ogozalek, has already taken steps in finding a new location to house the organization.

“For me personally, it’s definitely a motivating factor. The fact that you now see Commuter Services Now relocated and SLS has been moved to Marshall Square Mall,” Ogozalek said. “You definitely look at it now and say ‘OK this is much more tangible now,’ in comparison to some sort of PDF where there’s orange blocks shown over the 700 block. When you kinda see people actually leaving their buildings carrying their belongings, that’s a little more real…” he added.

Moving forward, the remainder of the Campus Framework Initiative will be reflected in the reconstruction of Schine Student Center and other features of the campus. According to Student Association, however, nothing has been set in stone yet and this Initiative remains a constant work in progress. 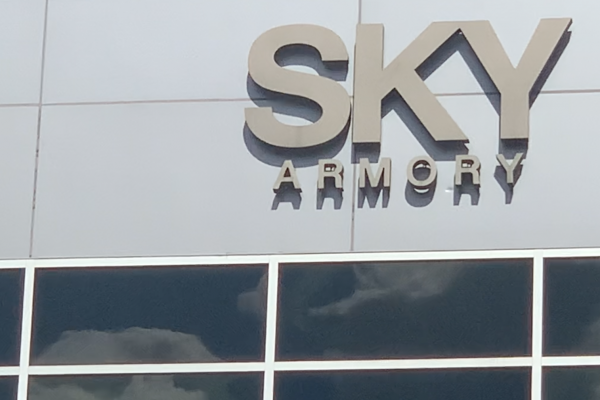