By Josh Golden SYRACUSE, N.Y. (NCC News) – Sports gambling has always been around, but it’s always been done under the table and not addressed in the public light outside of Nevada. However, in the past few years, the sports gambling industry has grown rapidly. Sports wagering is now legal in 25 states as well as Washington D.C..

Legalization of sports gambling has also led to much more content focused on wagering. In fact, there’s some sports wagering content based right here in Central New York. Syracuse University alums Tommy Hogan and Michael Lehr recently began a gambling show on ESPN Radio Syracuse called Double Down. Lehr and Hogan discuss the best bets for all the games, including Syracuse football.

According to Hogan, the beauty of the sports wagering world is that “it makes you involved, entertained, and engaged in a game right down to the wire.” With a variety of potential bets out there to place, they’ll always be action on a game until the clock strikes zero.

Currently, the state of New York only allows sports betting on site at specific locations throughout the state. The next step in the legalization process is allowing people in New York to place their wagers online via their cell phones or computers.

According to Syracuse University professor John Wolohan, the chances of seeing legal mobile sports wagering by next year’s football season is “very high”. Wolohan also added that he’s “not sure what the hold ups are” and that “it feels like the new governor is behind it”.

The legalization of mobile sports betting in New York state will be major legislative issue for the state to address, but it appears that it could be addressed soon. For now, legal sports wagers can be placed at local sportsbooks such as Turning Stone, Del Lago, Yellow Brick Road, and Point Place.

The recent legalization of sports betting in various states of the US has brought this subject to the forefront of the sports world. Now, games are not only being bet on across the country, but sports media members like ESPN Radio Syracuse’s Tommy Hogan have even started gambling shows. Hogan believes that gambling is making major changes to the sports world.

Hogan is the co-host of ESPN Radio Syracuse’s new show called Double Down. The show began just a few weeks ago, just prior to the busiest season in the sports betting world.

The industry has grown a lot in the past few years. 25 states and Washington D.C. now have legal sportsbooks. However, the next step here in New York is being able to place a bet on this little guy right here. I asked Syracuse University Professor John Wolohan about the chances of being able to legally bet on your phone for football season next year, and here’s what he had to say.

Mobile betting won’t come in time for you to bet on tomorrow night’s matchup, but hopefully next year. Just remember, bet with your mind and not with your heart. Reporting from Syracuse, New York, I’m Josh Golden, NCC News. 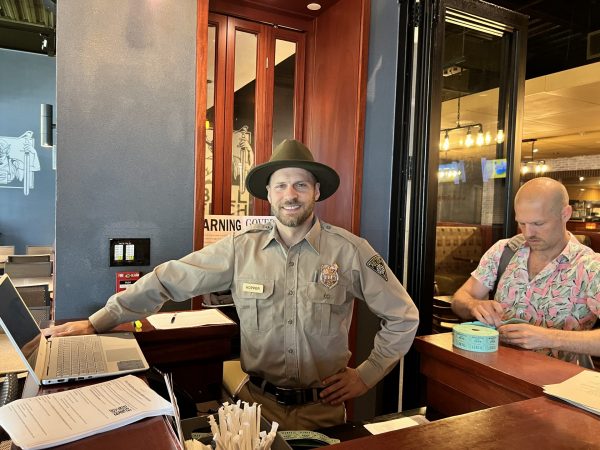 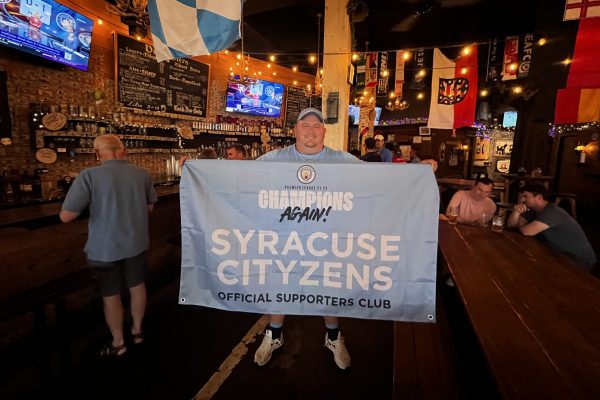